Most of my wife’s family lives in Iowa and Minnesota, including several that live in one of my favorite towns; Decorah, Iowa. When you think of Iowa you may think of flat corn fields but Decorah looks considerably different with hills, rocky cliffs, and beautiful trees everywhere. For a town of less than 10,000 people it has a remarkable downtown that is economically vibrant and clean. If you like architecture, the buildings downtown as well as many of the homes in the nearby area are interesting and ornate.

Luther College, a liberal arts college founded in 1861 is also located here. My wife and her brothers all graduated from this wonderful little school which is well known for its acclaimed music program.

When traveling I like to try local craft breweries and Toppling Goliath in Decorah is one of the highest ranked in the world. That is hard to believe for such a small company in a tiny midwestern town but here is what the The Chicago Tribune had to say: 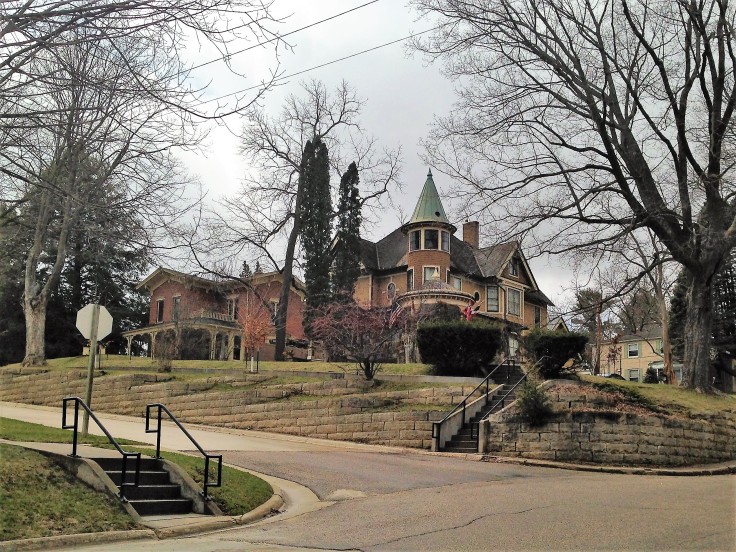 I mentioned the architecture of many of the homes in the area and above are a couple beautiful homes including the “Bed and Breakfast on Broadway” which we stayed in. Not only is the outside of this home beautiful but the inside has amazing oak trim, mill work, and antiques that speak to days gone by.

The Iowa River also winds through the city and there are some vantage points from up on a bluff that are really impressive and give you a good idea how hilly the area is. We did not have much time for hiking which was a shame since the area has hundreds of miles of trails used for hiking, running, alpine skiing, and snowmobiles.

I’ve always said to my wife I would enjoy retiring here but she says I need live up there through a winter of snow shoveling before I committed to that. Well, perhaps we’ll settle for a cabin in the area.

One thought on “Reunion in Decorah, Iowa”

This site uses Akismet to reduce spam. Learn how your comment data is processed.